it feels like a very bad dream where the things you want most not to happen do happen.  how did i and we get here ?  how do we wake up ?  if you have been here a few times you know i strongly believe in the value of compost.  what some people would throw away is the most valuable.  compost enriches the garden and brings forth good things.  rather than dance around the elephant in the room i will come right out and say it.  there are no shit hole countries.  i think there are many many many people who along with me did not say the contrary and yet like myself will apologize for this sad unspeakable event.  i am sorry.  we are sorry.  great happenings, great people come from unexpected places.  if you do not believe me ask a son of Kenya.  i could go on except i will opt to keep things simple.  great things do not come from hate.  i am very very sorry.  i will close with an equally embarrassed flower. 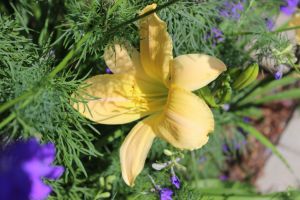 executive directives ?  or is it executive hate ?  withdrawing FEMA and the military from Puerto Rico.  withdrawing payments to ACA without a care to the people who will be hurt,  Are Voldemort and the death eaters really fiction ?  i weary of the constant administration of hate. 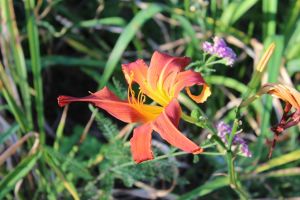 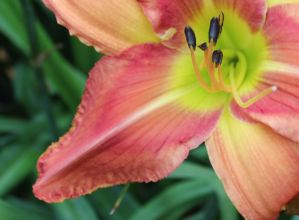 put down hate and pick up kindness.

and like the song, we don’t know what we got till its gone.  today is a day for prayers.  both for the blessings and for relief from the plagues.  the blessings for the rebirth of spring, for spiritual redemption and renewal across many cultures and faiths.  it is a time of observance at so many levels.  and at the same time it is a time of plague.  slavery still exists, whether at sea on fishing vessels or working at minimum wage jobs where companies are not satisfied with profits and engage in wage theft.  or where other companies think nothing of jumping from one city, state, country, or to another corner of the globe leaving economic devastation in their wake and abandoning the employees and communities that were often called their greatest asset.  at least until those few extra pennies changed the score.  the plague of countries that claim to have immigration policies that are in fact tired old laws that do not work.  and both sides the countries of the emigres and immigrants are content to let the conditions political, financial,  and religious that drive this suffering continue.  or the plague depleting the latest  fisheries in the hope a new one will be found when the old one crashes.  just because the sight of empty fishing boats is not as horrific a sight as the genocide of the buffalo hunts.  the carnage that takes place beneath the waves is no less obscene.   and the plague of our indifference to the assaults we make on climate.  we have no care for the number of rivers we drain before they reach the sea.  nor the number of cities we push to the brink of uninhabitable because of carbon pollution.  nor do we worry the science of both glaciers and drought.  we know that once great portions of the earth were covered with ice and at other times arid regions were so dry that all life fled.  abandoned cliff dwellings and the land that was once a great forest and is now the Sahara desert stand testament to this.  what we do not know is far reaching effects on the surrounding lands and cultures nor the time periods of the arid cycles.  the recent terrible droughts of the southern portion of north america hint at the possibilities of what might have happened.  and time and weather have reclaimed the devastation.  all except for the cliff dwellings.  what vanity makes us think it might never happen again ?  and lastly the plague of hate where one person’s gender and another person’s culture, religion, nationality, race, culture, or sexual orientation is beaten down.  and the actions that follow this hate take away any claim to moral ground.  they are simply nothing more than murder, rape and other vile crimes against our fellow humans.  there are many plagues.  there are many blessings of progress and hope.  so while the particular day is perhaps not unique in our need for prayer, to give thanks for blessings, hope,  progress, and human kindness.  and prayer to be freed from hate, greed, and ignorance.  pray that we do not forget what we have that is good before it is gone.  and pray that we set aside what is hate before it grows. 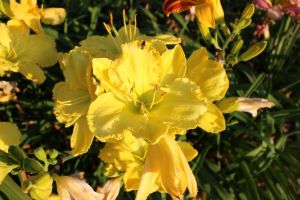 Two Moms And A Toddler

Moving Through Motherhood, Adulthood, and Everything In Between

Still learning after all these years.....

Michelle Rose. Reflection of My Journey

The Shoestring Diaries
Two Peas in a Party Pod

In Defense of Plants

at least i have a brain

Daily pictures and chat from our garden